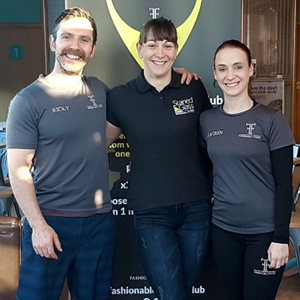 I Joined the Gym back in February 2009, my main goal at the time was weight loss, I took part in a lot of spinning then moved onto weights with help from Rob.

Since taking up Powerlifting and Weightlifting I have dropped three weight categories, and I feel stronger and leaner for it. My plan for the next year is to qualify and compete in the English & British Championships and the World Masters in Barcelona.

Thanks to all the staff at Fashionable Fitness, they have supported me throughout my journey, and go the extra mile from help with spotting in the gym to a cup of tea at Reception.